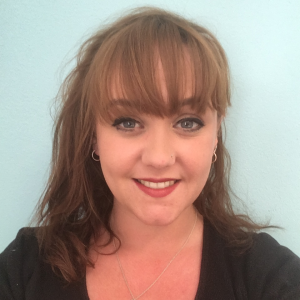 Hello, I am Mrs Grosvenor, marketing and admissions assistant at Heathfield Knoll School and First Steps Day Nursery. I started at the school in September 2018 and can be generally found around the school with a camera capturing all the exciting events happening. If you wish to contact me please email cgrosvenor@hkschool.org.uk

Coming out is difficult… It’s really difficult, but at the same time, so freeing. There’s no more ducking and weaving around questions about what girls you fancy when quite simply, you don’t! When you come out, it’s like playing a game of hide and seek, then you get found and lose. Actually, it’s a lot like hide and seek. There will always be a seeker that you are hiding from, there will always be a time when maybe you’ve got bored of hiding and come out but the thing is, you will always be found and maybe it isn’t as bad as you imagined. At first, it could be scary, it is scary, you don’t know how the closest people in your life will react.

Identity is a very broad term. Cultural identity, gender identity, ethnic and national identity, and sexual orientation. They all define a person and we would be empty shells without them. It would be nice to be something other than human. There is no expectation there, no homophobia, no racism, nothing! Did you know that over 450 different animal species engage in homosexual behaviour? To me, that is just mind-boggling, especially when someone says that it is completely unnatural.

Being ‘straight’ or heterosexual is a big expectation for anyone growing up. There is always an advert for ‘a perfect family’ consisting of a man, a woman, and two ‘little angels’. I think this is complete and utter rubbish. Who is to say that a family with two men and one child or two women and 3 children is not perfect? Everyone has different needs, the definition of perfect is ‘having all the required or desirable elements, qualities, or characteristics.’  When I came to terms with my sexuality, the hardest thing for me was accepting that I wasn’t going to have that ‘perfect family’, although it sounds selfish I know as a fact that many other people experience this.

Hiding is a very prominent part of LGBTQ+ life. Sometimes it is for protection, mainly because of protection. There are two things that go through a person’s mind when they think about coming out. One, if I do this… will they accept me? And two, if they don’t… which friend can I stay with? The fact that this will go through so many people’s heads is insane. Discrimination against LGBTQ+ people has been illegal since 2010, although this is great it is quite disgusting when you realise this was not even passed that long ago. More than half of American states have laws where an LGBTQ+ person can be denied a job because of their sexuality and they can be denied service at any shop because of their sexuality.

LGBT people have been burned alive, executed publicly, prosecuted when they did nothing wrong. Even though we may have won the battle in the UK, we have certainly not won the worldwide battle. Did you know that there are laws set to criminalise LGBT people in 69 countries? 13 countries can legally execute anyone found guilty of a same-sex relationship. Do you think that that is right?

LGBT people have a month, named pride month. It is a month for the LGBTQ+ community to celebrate how far they have come and what challenges they have conquered. The tradition has been adopted worldwide, which is great! However, many people believe that it is wrong for our community to be given this month and that we ‘haven’t fought as hard as the army’ (yes, someone has indeed said that to me). If you think that LGBTQ+ people are unworthy and that they are undeserving of a month to celebrate how far they have come; look back into history, even modern-day, and then see how you feel.

Well done to everyone for completing the school year and creating lovely memories across the school. The words below are not my

Why is wellbeing a priority at Heathfield Knoll School?

Why is wellbeing a priority at Heathfield Knoll School?  Elements associated with wellbeing such as hope, gratitude and emotional regulation have been

Outdoor Learning at HK School  Set within 30 acres of mixed woodland in the heart of the Worcestershire countryside, at Heathfield Knoll